Wow!  I am so sorry that I’ve been slacking on this website so much.  We’ve just been so busy!  Who hasn’t, right?  Where to start………

Nothing knew with the Court of Appeals.  Both sides have filed their briefs and we’re still waiting to hear what the judges have to say.  I don’t know if them taking a long time is a good thing or are they just busy?   One thing I did find out is that Maura Corrigan (the head of DHS in Lansing) who is the one pushing forward with this used to be a Supreme Court Judge (or so I’m told).  Hopefully she doesn’t try to use her connections to get her way.  Although I would hope the the Judges have a conscience and morals.  They did say, however, that they would give us at least a 21 day notice before the Oral Arguments would be heard.  So that’s nice – not having to run down to Lansing last minute.

Let’s see…what else is new?  Jacob got to take his Make-A-Wish trip at the end of April.  We didn’t know if they would allow him to do it or not, but they did.  I don’t really know why they wouldn’t.  He deserves it just as much as the next kid, right?  He had a blast!!!  We all did.  We went to Florida and they had us stay at Give Kids the World.  What an amazing place!!  So much to do there, you don’t need to go anywhere else – 2 pools, a water play yard, movie theatre, fishing pond, nature trail, miniature golf and an arcade (remote control boats on a pond, Wii – with every game, XBox – with every game, pool table).  They also have an activity or event that happens everyday.   For instance, every week they celebrate Christmas, Halloween, have a carnival, movie night, a pool party.  Unbelievable!!  These people go all out!  I can’t believe we’ve never heard of it.  If you’re ever looking for an incredible organization to donate to, this is one.  I will post pictures.

Anyway, too many things to do in only a few days.  We went to Disney the first day (Magic Kingdom and part of Epcot), Universal Studios and Islands of Adventure the second day.  The third day we finished Epcot and then went to Animal Kingdom.  The fourth day we stayed back at GKTW and just enjoyed the pool and relaxed.  Ken and the boys got a little sun-burned that day.  Even though we applied and reapplied sun lotion several times.  I guess we’re not used to that Florida sun.  🙂  That night we went to Downtown Disney.  Jacob had to go to the Lego store.  He LOVES Legos!!!  The last full day we were there, we went to Sea World and finished off the day with Aquatica.  What a week!  It was a blast, but we tried to fit in too much in just 5 days.  I think if we ever make it to Florida again, we’ll have to slow down quite a bit.

Not too much going on since then.  Just keeping very busy!  Went camping with friends Memorial Day weekend in AuTrain and had a great time.  We found out that in they are moving the 6th grade to the Middle School next year where we are.  Not sure how I feel about that.  I think Jacob will like it a lot, but I’m not too crazy that he’ll be on the bus with the High School.  He’s much too young to have that kind of an education.  🙂  So last week Jacob had his 5th grade graduation.  They also had an awards ceremony the day before.  Jacob got 3 awards.  One for Good Citizenship, Academic Award and the Presidential Academic Award.  We are so proud of him!   And he’s proud of himself too!  🙂  School is out as of last Friday, so we have the whole summer to enjoy – here at our home.

We do have some AWESOME news to pass on….Jacob had another clean PET scan a couple weeks ago.  We are praising God!  He continues to put His protection over Jacob and this family and we’re so very thankful!!!  What an amazing Father we have in Heaven!  Please keep up with the letters to your State Reps.  Demand that they do an investigation into why DHS is spending a ridiculous amount of money on this.  Our tax dollars are being wasted!!!  It’s so maddening!  At least we don’t have the local CPS breathing down our neck anymore.  I was on the phone with the Childrens Worship Leader from our church a couple days ago.  Jacob was outside on the deck and overheard me talking to him on the phone.  I went outside after I hung up and he was teary-eyed and upset.  I asked him what was wrong and he thought I was talking to the CPS caseworker we had – they have the same first name.  Poor kid!  It broke my heart that that is still something that bothers him and haunts him.  He should not have to stress about that or even be a thought.  It makes me so mad that they are doing this.  The stress and anguish they’re not only putting my husband and I through, but our kids.  No child should even have to know who CPS is.  They think they’re doing supposedly what’s “best” for Jacob, but they are causing more problems.  Well, they’ll have to answer to our Almighty God someday for their actions – that’s for sure!

Hope you are all doing well and we ask that you continue to keep us in your prayers.  Doesn’t look like this is gonna be done anytime soon.  We’re just about at a year now.  Maybe Jacob will be 18 before this is done.  Ha!  Actually, I shouldn’t joke about that – it could happen.  We are so thankful for your continued support.  I’m better at keeping up with Hope for Jacob on FB, so feel free to follow us on there. 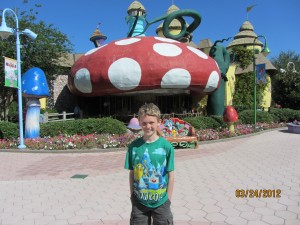 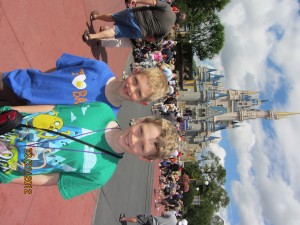 Caleb and Jacob at Disney

Ok….sorry!  I made it rotate, but then it still showed up like this and I can’t seem to fix it.  Just turn your head sideways and enjoy!  🙂  I’m also sorry that I’m not going to download anymore pictures because we have dial-up and it just took me over an hour to download these two pics.  I guess that’s the downfall to living out in the woods.  🙂  Happy summer everyone!